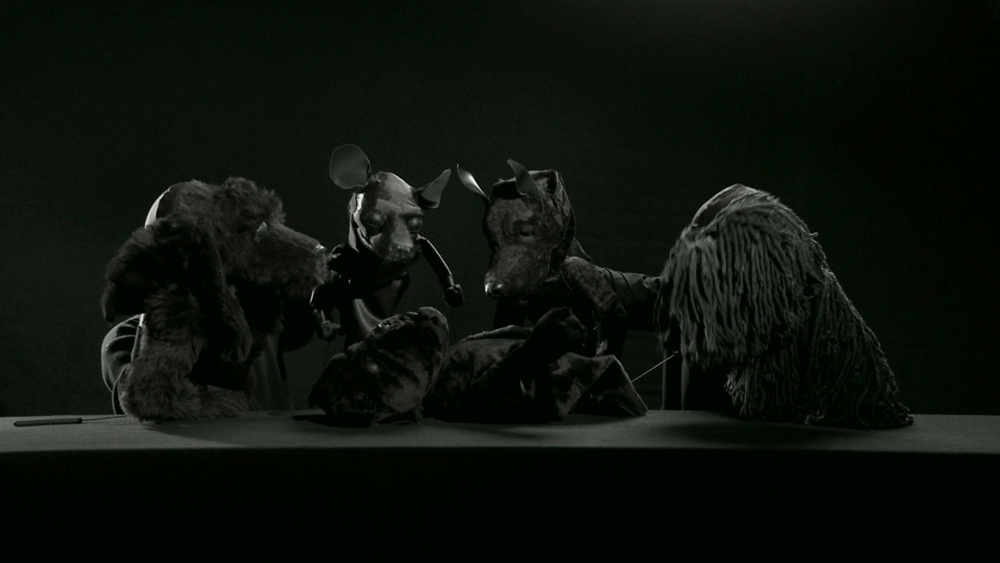 You’re invited to the Images Fetsival Launch Celebration hosted by TYPOLOGY Projects on Thursday, April 14 from 7 to 9pm

More on the exhibition at TYPOLOGY Projects:

TYPOLOGY presents Script, Stage, Screen | Ciprian Mureșan, curated by Oana Tanase. Featuring a critical selection of this internationally known artist’s experimental films, Script, Stage, Screen is the first solo exhibition of Mureșan’s work in Toronto, which we are very pleased to present in partnership with the 29th edition of the Images Festival (April 14–23, 2016).

Through the use of puppetry, Mureșan engages performative modes of writing, enacting, and visualizing both the absurd and the whimsical, bringing viewers into surprising and intimate discourse with crucial themes of our times. Whether performing the scripts of influential playwrights such as Saviana Stănescu (Dog Luv, 2009) or generating new texts (I’m Protesting Against Myself, 2011, in collaboration with Gianina Cărbunariu, or Untitled, 2015, with members of the community), Mureșan’s projects speak to ideals of collective intelligence even as they concede the continuing failure of true communality. The audience is challenged not only to reflect upon themes of trust and belief, and the violence that often characterizes interactions between the self, society, and structures of power, but also to imagine a hybrid space in which the ordinary and fantastic can coexist.