“For me, I feel like I have a lot of connections here, in the neighbourhood. I love seeing [the people at Artscape Youngplace] sitting out on my patio, and I love seeing them now here in their workplace. It feels good to be part of this.”

You might have noticed on our mezzanine The TwoPenny, a pop-up café led by Debbie Rix from the Lucky Penny, a one-stop grocery across the street. The pop-up is open for the month of May. So far, it has been a booming hit. 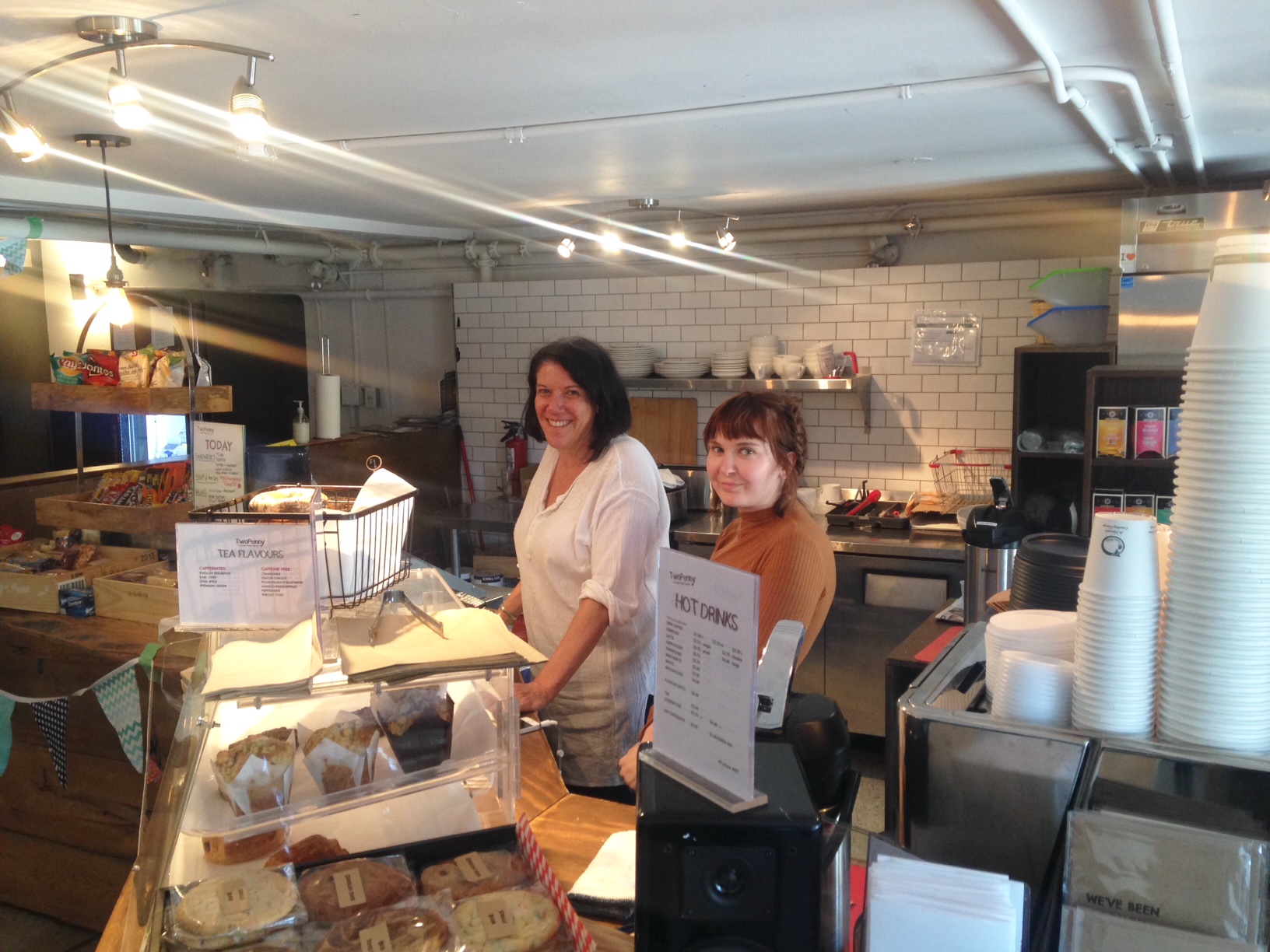 Debbie and employee Kenzie working at The TwoPenny

We’re delighted that Debbie is involved in Artscape Youngplace, as she is a bit of a Shaw Street legend. She has lived in the area for almost 15 years, and in 2014 transformed a former run-down building into the first commercial space on Shaw Street. The Lucky Penny has evolved according to the neighbourhood’s needs. “I didn’t start out with very many groceries,” Debbie says. “What people were asking for is almost exactly what ended up on the shelves.” The design for the Lucky Penny was inspired by an island cottage Debbie visited as a child. “In this marina you could get anything from marshmallows to worms to Wonderbread to comic books to milk, and all the candy. That was my favourite thing in the summer, and that’s kind of how those areas of the Lucky Penny developed.” We at Artscape Youngplace love taking a break in the Muskoka chairs just outside the Lucky Penny, which Debbie says are reminiscent of that cottage life. 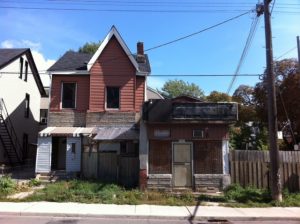 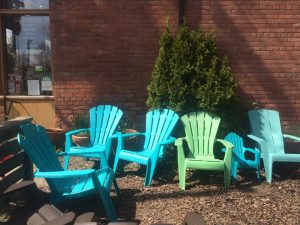 About Artscape Youngplace, she says, “I used to come to this building with my kids when it was still a school and it closed shortly after. I have a very fond history with this building because at the time that we were putting on the fun fairs, I set up a haunted house in the old classrooms. We had a lot of fun in here. For me, I feel like I have a lot of connections here, in the neighbourhood. I love seeing [the people at Artscape Youngplace] sitting out on my patio, and I love seeing them now here in their workplace. It feels good to be part of this.”

Debbie has also played a role in local Givins/Shaw Junior Public School, running the Parent Council for five years and starting the school’s annual Fun Fair. “A cohort of us got together and said we were going to make this school great, and we did. I got handed the parent council money, it was $200 at the start of the year, and at the end of the year we had $10,000.”

So, what first to try off the Lucky Penny menu? “Definitely the chicken panini. It was the first sandwich we had and it stayed, it is definitely the best seller.” Be sure to stop by The TwoPenny and say hi to Debbie before the end of May! 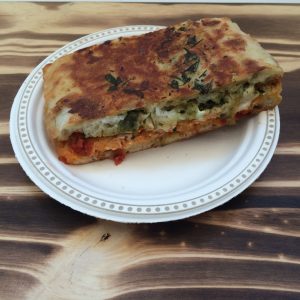