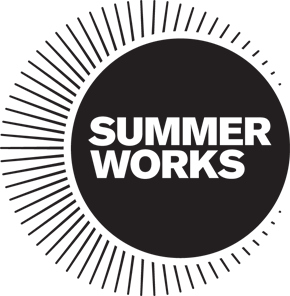 Founded in 1991, the SummerWorks Festival is the largest juried and curated performance festival in Canada.  SummerWorks is devoted to showcasing diverse forms of live performance including theatre, live art, dance and music. The Festival provides performance artists from a wide variety of practices with an avenue to showcase their work—much of which are in their early stages of completion. “Philosophically, the Festival supports artists by not just giving them a “general platform” but a highly considered / juried and curated space to present their work. This has resulted in SummerWorks becoming an incredibly important avenue for discovery—that of the new artist and also that of the new work” says Michael Rubenfeld, Artistic Producer of SummerWorks.

Through the years, the Festival has earned a strong reputation as the premier performance art festival in Canada for the high caliber of work it presents, and is regarded as a critical aspect of Canada’s developing art community.“SummerWorks has an established track record for supporting and presenting performances that comprise a wide array of methods, forms, topics, and themes, but which nonetheless show an extremely high caliber of craft. The established SummerWorks audience comes with an open mind, but also knowing that if the work has made it into the festival, then there’s something worth engaging within it” notes Kevin Wong, writer and composer of “Recurring John”.

Since 1991 the SummerWorks Festival has experienced tremendous amounts of growth, and has developed into a platform that meets the distinct and varying needs of participants within the theater and performance arts community. From 2002 to 2004, the Festival underwent a gradual transition into a fully juried theater festival, and through this transition, the caliber of work presented by SummerWorks has improved along with it’s reputation as one of the most significant festivals for up-and-coming artists. “It means that we consider all the art that we program.  That we choose work for artistic reasons and make deeply considered and complicated decisions about who the Festival will give voice to.  It means that we must ask complicated artistic questions of ourselves and about the value of what we are doing that goes beyond generalities”.

Aside from an opportunity to showcase their work at a critically-acclaimed festival, SummerWorks also serves as a tremendous support to the developing artists featured in their programming before, during, and after the Festival.
“There are some very practical ways we support artists within the context of offering a platform. This includes major subsidies on venue, tech, promotion, front of house. For our National Series Artists, we cover the costs of their travel and accommodation while in Toronto (thanks to the Canada Council).  In some of our live-art programming, we offer small performance fees as well as production support.  Our Music Series partners theatre and dance artists with incredible music talent to make original concerts—giving new performance opportunities for all artists”.

This year’s SummerWorks Festival runs from Thursday August 7th through to Sunday August 17th.The Festival takes place in a number of prominent venues concentrated in the West Queen West area such as the Lower Ossington Theater, The Great Hall, The Gladstone Hotel, and our very own Artscape Youngplace.  The Festival features seven different series of work: the Juried Program, Live Art, the Music Series, the National Series, Special Presentations, Conversations, and Musical Works in Concert. With a wide and intensive range of performance culture pieces, and over 100 events for individuals to enjoy, there is truly something for everyone. 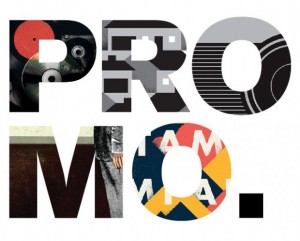 One of two special presentations featured in this year’s SummerWorks Festival, PROMO is co-curated by Michael Rubenfeld, SummerWorks Artistic Producer, and Natasha Mytnowych, Artscape Youngplace Managing Director. The exhibition explores the relationship between graphic design and performance art, and features the work of a diverse set of notable graphic designers and design companies.

“We have invited seven graphic designers or companies to curate a collection of their own work.  They are all designers who are making work that we are curious about for various reasons, and the aesthetics are quite vast. We are ultimately interested in a conversation around how people are thinking about graphic design for performance, while paying tribute to some of the designers and companies who are working with aesthetics that interest us”.

PROMO runs for from 8am to 8pm from August 7to 17 inside of our Hallway Galleries on the 2nd and 3rd floor, and is free for the public to enjoy. The exhibit features the works of Doublenaut, Roxanne Ignatius, Jonatha Kitchen (Light Up The Sky), Tad Michlak, Monnet Design, Kilby Smith-McGregor, Soulpepper Theater Company Designs curated by Jacob Whibley. 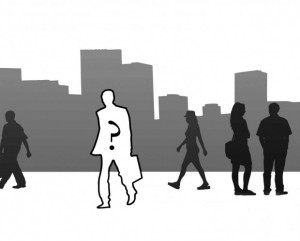 Written by up-and-coming composer/lyricist Kevin Wong, Recurring John is the debut of his first complete musical theatre work. Recurring John examines the life of one man, John, from the eyes of those closest to him. Directed by Jeff Madden, featuring a six-piece band and a cast of seven individuals, Recurring John is a fresh take on the contemporary song cycle. This contemporary and unique conceptual take on the song cycle aims to explore the impact of ones life through presenting seven chronological vignettes of individuals affected by John, who never himself appears to the audience in the piece. “On a lark, I wrote a standalone song in which the second verse mentioned a man named John who impacted the protagonist profoundly” says Kevin. “John, barely formed, nonetheless began to intrigue me. I wrote two more songs about two completely different people that also mentioned John, and a life in the eyed of others began to emerge. As I began stitching these disparate songs into a dramatic narrative, I realized that in many ways, John was me separated by one or two life choices and 30 years. Tracing the unseen John’s life overall is my exploration of what it means to live authentically, to pursue happiness, to deal with consequences of choices both harmful and beneficial on those around you.” 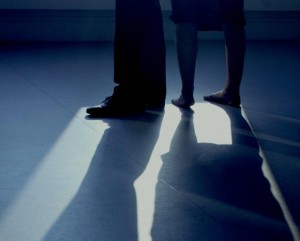 The Juried Program features works that undergo extensive review over four separate sittings. The series of work featured in the Juried Program is curated by four arts professions, Gail Maurice, Michael Rubenfeld, Judith Thomson and Evan Webber, over the course of two months.

Trace invites members of the audience to collaborate in the creation of an always new, always unique story of desire and loss.  The audience enters a world that has been emptied of – and by – it’s past. In each performance a unique story is then woven out of memories, traces of experience, offered to and by those who attend.

Pick up your copy of the SummerWorks 2014 Program Guide at Artscape Youngplace or download it here http://summerworks.ca/2014/wp-content/uploads/2012/05/SW14006_Guide_FULL_WEB.pdf. For more information of the SummerWorks Festival, visit www.summerworks.ca. For programming happening here at Artscape Youngplace, visit http://artscapeyoungplace.ca/events/.