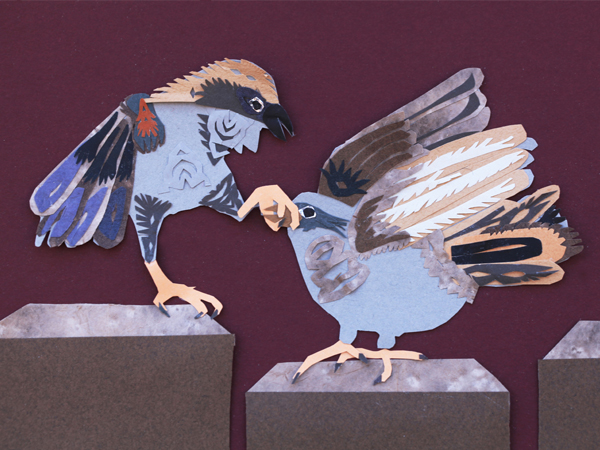 Part of the workshop series – Scissors and Blades: Papercutting with Annyen Lam and Maria Flawia Litwin, in collaboration with TYPOLOGY .

Join artist Maria Flawia Litwin for this family-friendly workshop inspired by her exhibition at TYPOLOGY,The Lowest Relief. The works are made using a Polish paper cutting tradition called wycinanki (pronounced vih-chee-nahn-kee). The familiar images of animals, people, buildings and nature capture important moments in the artist’s life while relating to familiar feelings such as love and happiness, fear and difference. Using coloured paper and scissors, participants will create their own paper cut stories about a meaningful personal memory. Sharp scissors are involved so this is an opportunity for kids 8+ and their caregivers to share a hands-on art making experience.

Maria Flawia Litwin is a visual artist who grew up in both Poland and Australia, straddling the Iron Curtain. She has spent the last 18 years living and working in Toronto. Encounters with communist and consumer ideologies within social and educational structures have made Litwin sensitive to the fluid and shifting nature of belief systems. She is particularly concerned with the way changes in ideology manifest themselves in her figurative and literal environment. Marxism, feminism and humour have greatly impacted her art production. Although trained as a sculptor, Litwin’s work is not medium specific and takes the form of textiles, data collecting, performance, acting, video, photography, and fiction writing.

Litwin holds a BFA from the Ontario College of Art & Design and a Master’s degree from York University in Toronto. She has been featured in the Globe & Mail, Kapsula, and Poor but Sexy magazine, and most recently Litwin’s photography won third runner up in the Optic Nerve competition for Blackflash Magazine. She has been an artist-in-residence at The Banff Centre four times and has exhibited in group shows at York University, UQAM, Glendon College, Katherine Mulherin Contemporary Art Projects, Gallery 1313, Loop Gallery, Orillia Museum of Art & History, and Modern Fuel in Kingston, Ontario.

Sign up for the whole series for $100 – use code at check out: scissorsandblades