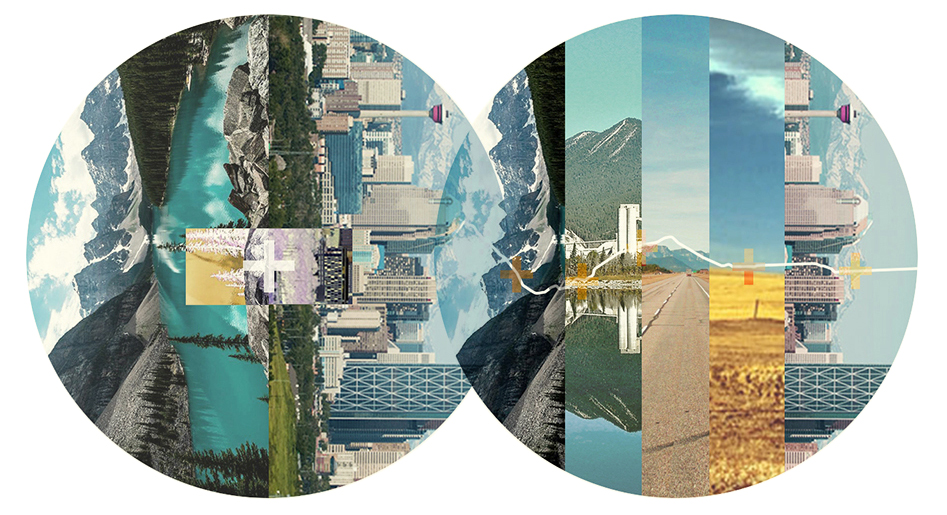 DESIGN FOR CANADA’S NEXT 150 YEARS | THE SITE MAGAZINE

Future Legacy: Design for Canada’s Next 150 Years is an exhibition featuring winners of The Site Magazine’s inaugural design competition. In the context of Canada’s sesquicentennial, entrants were challenged to develop proposals that considered the relationship between the nation’s history, current context, and possible future trajectories. The submissions, which came from across the nation, as well as seven different countries internationally, reflect the spectrum of Canadian geography, culture, population, and politics, and raise pertinent questions to be considered as we move forward collectively.
The winning projects, selected by a jury of Canadian and international designers and thinkers, represent a diverse range of notions of Canada’s identity and legacy, ranging from the scale of the entire country to that of a suburban single-family home. Along the third-floor hallway of Artscape Youngplace, images and text by the five competition winners, five runners-up, and five honourable mentions will be presented along with commentary from jury members and the editors at The Site Magazine. Together, this material presents not only a critical perspective on how legacy shapes the direction of political and ideological undertakings but also a window into the possibilities for architects, landscape architects, and designers to imagine alternative Canadian futures.

The Site Magazine is the current iteration of Canada’s longest running independent architecture magazine. Written by, and for, emerging designers and thinkers, we publish two volumes a year of original writing, design, and art from new voices with fresh ideas. By bringing a Canadian lens to pressing global issues, we aim to cultivate a community of creative and critical thinkers who can influence design futures in Canada and abroad. We are supported by funding from the Canada Council for the Arts and regular partners, including Arts Everywhere. Special thanks to Critical Distance for their support in facilitating this exhibition. Competition image by Shelley Long.