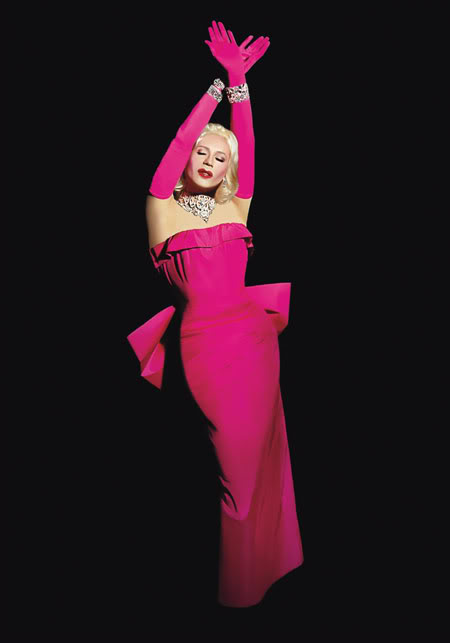 The Icons and Demigods series is an on-going project of pop and counter-culture images from the second half of the 20th century that have shaped artist and chameleon Michael Venus’ (and his drag alter ego Miss Cotton’s) work. Inspired by real life and fictional iconic characters, the Photographs serve as a time capsule that captures the essence of familiar imagery while dealing with issues of gender, sexuality, celebrity and more.

Michael Venus is a Canadian artist, actor and producer. He is one of the founding members of the House of Venus, a collective responsible for various art shows and events, including Wiggle, the annual wearable art and wig festival. In the mid 90’s Michael beggar working as his drag alter ego, Miss Cotton, participating in a large number of festivals, shows, and television work. Venus is one of the creative minds behind the first LGBT sketch comedy series, House of Venus Show.