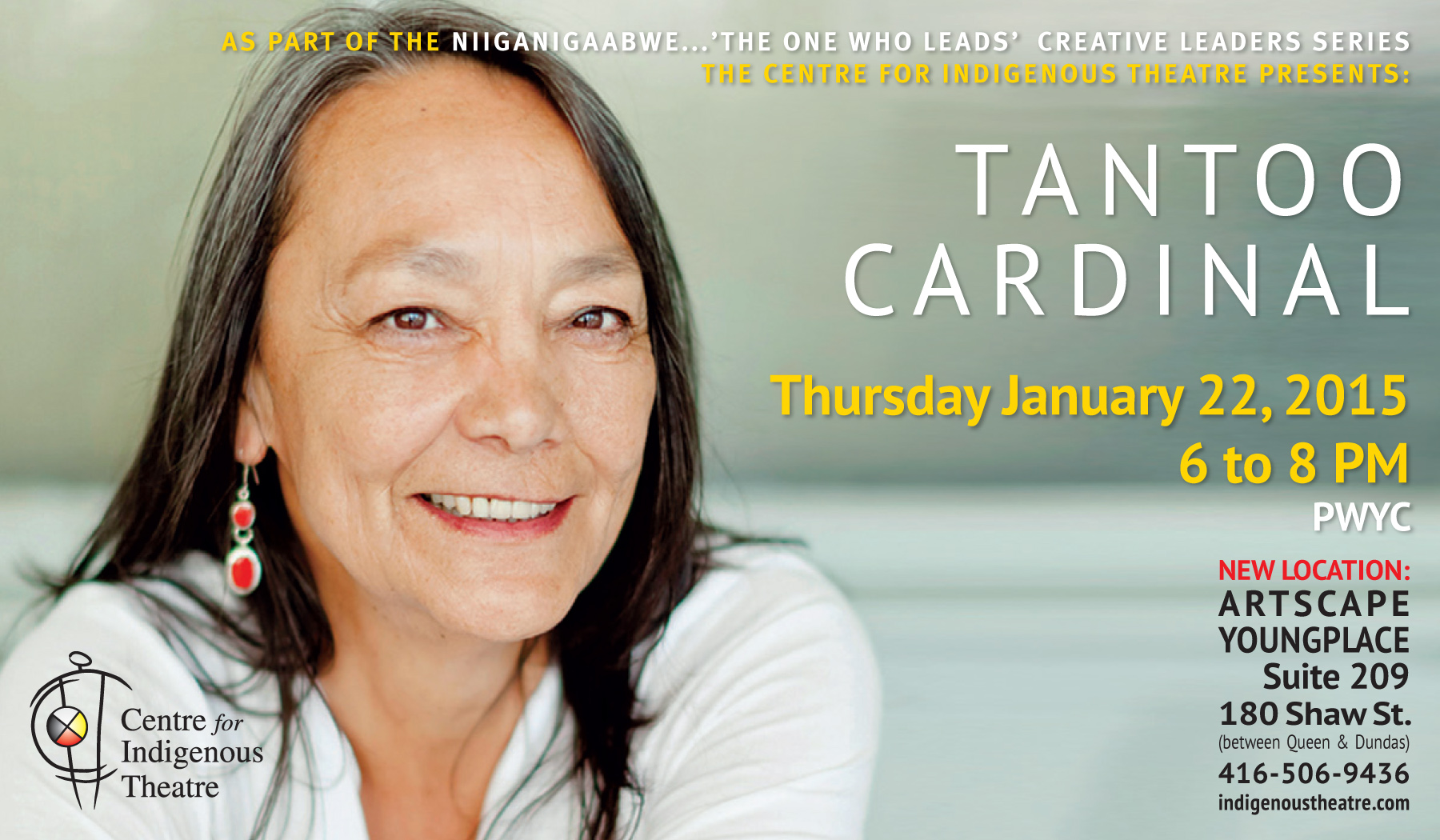 CIT is honoured to present Tantoo Cardinal as our featured guest on January 22nd as part of the Niiganigaabwe Series. An accomplished and celebrated actress, Tantoo has contributed to advancing Aboriginal performing arts throughout the world.

Known for her authenticity, Tantoo has brought to life complex and diverse characters and has worked to dispel stereotypes. For over 40 years, her performances on stage, film, and television have helped to blaze a trail in an industry where few roles for Indigenous women previously existed.

Throughout the year, the Niiganigaabwe Series will bring together leading Indigenous artists with students, alumni and special guests to spark passion, innovate, inspire and explore. Guest speakers will share their experiences, best practices and their unique Indigenous creative processes. As motivators of creative exploration and thinking, these dynamic artists will examine the importance of creative leadership and the role of Indigenous artists within the larger creative landscape. The Niiganigaabwe Series is a public event and all are welcomed.