China Now: Selections from Cinema on the Edge — Evening screening 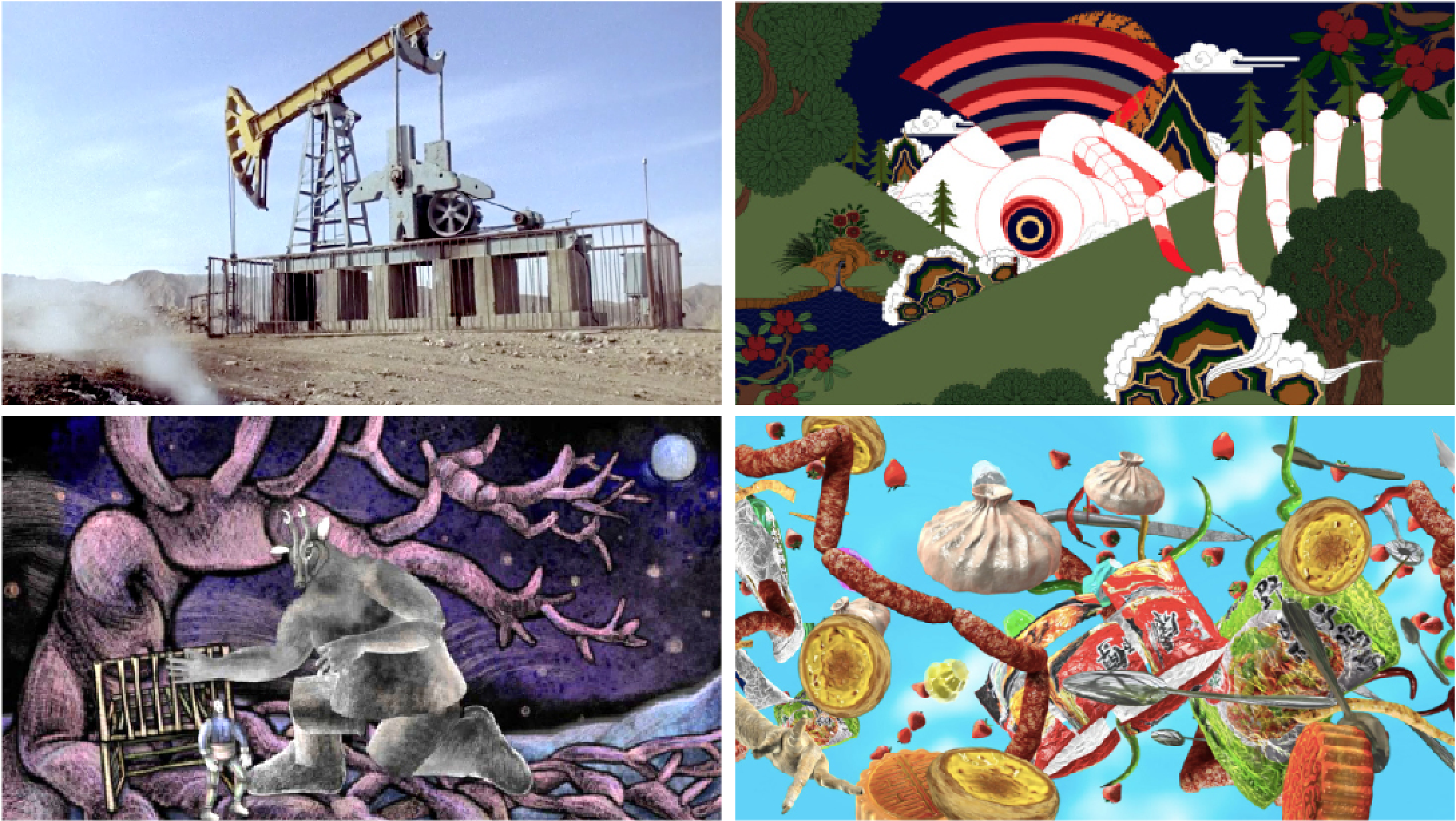 Organized by Toronto-based curator and critic Shelly Kraicer, LA-based producer Karin Chien, and Chicago-based filmmaker JP Sniadecki, CHINA NOW is the touring arm of Cinema on the Edge, a program of 29 experimental films representing the best of the Beijing Independent Film Festival from 2012-14. Launched to wide acclaim in New York last summer, Cinema on the Edge will debut in Toronto this March with a monthlong program of eight documentaries hosted by TIFF Cinematheque, under the series title The Crisis of the Real: New Chinese Independent Documentaries.

Following fast on their heels, TYPOLOGY will present our own selection from the original series: three groundbreaking animations and one experimental feature which comprise an eye- and ear-opening program of independent contemporary cinema from across China. Featuring filmmakers from Shenyang in the north to Guangzhou in the south, and Tibet in the west to Taiwan in the east, this selection bespeaks volumes on the vastness of space, time scales, and cultural difference experienced by these artists, who must find their voices in a country where censorship remains the order of the day.

And now for the program:

CHINA NOW | Selections from Cinema on the Edge, presented by TYPOLOGY

THE HUNTER AND THE SKELETON, 2012 (26 min animation)
Dir. BAI BIN
This splendid animation of an Eastern Tibetan folk tale is a visually inventive mash-up of traditional Tibetan thangka painting techniques and 80s video arcade game aesthetics. Rendered in Flash with a score that blends native Tibetan music and contemporary sounds, it is an audiovisual delight that goes much deeper — a riveting adventure story with an allegorical twist.

PERFECT CONJUGAL BLISS, 2014 (5.5 min animation)
Dir. ZHONG SU
Surreal and playful, this lusciously rendered animation streams across the screen like a magical river of plenty or a fantastical living scroll emerging and transforming out of the wreckage of a virtual wasteland. Accumulating a hallucinatory visual force which recalls the explosive ending to Antonioni’s Zabriskie Point, Perfect Conjugal Bliss deeply satisfies the eyes even as it questions the origins and implications of humanity’s insatiable desires.

YUMEN, 2013 (65 min feature)
Dir. HUANG XIANG, JP SNIADECKI, XU RUOTAO
This collaboration between two Chinese avant-garde artists and an American experimental filmmaker is a visually stunning ficto-documentary aptly described by curator Shelly Kraicer as a celluloid psycho-collage. Shot on 16mm film, it’s set in the largely abandoned oil town of Yumen in China’s Gansu province near Mongolia. Moving between a barren yet starkly beautiful landscape and what’s left of a city torn by economic collapse and decay, signs of life (or afterlife?) in the form of nameless, wandering characters (ghosts?) perform impromptu, absurd, poignant, or poetic actions and interventions to the sounds of 70s Taiwan pop, contemporary Korean girl bands, and much more. A meditation on survival, this follow-up to Sniadecki’s 2012 film, People’s Park, is an altogether different take on life in contemporary China. Made with the support of Harvard University’s Sensory Ethnography Lab. 16mm-to-digital, in Mandarin Chinese and Gansu dialect with English subtitles.

SCREENING DETAILS
There will be just two screenings (one evening and one daytime) featuring our selections from Cinema on the Edge. Each screening will begin with a brief introduction. The evening screening will close with a short Q+A, while the daytime screening will have a short kid-friendly Q+A after the animations.

TICKETS
Purchase advance tickets online at www.universe.com/chinanow. Space is limited; advance purchase recommended. Plus save up to $3 per ticket over the door price!

Tickets are available for the full programme or each half separately (animations or feature):

$12 for the full programme

KARIN CHIEN is the producer of UNTITLED (STRUCTURES), 2012 by Leslie Hewitt in collaboration with cinematographer Bradford Young, currently on view as part of the exhibition Collective Stance at The Power Plant through May 15.

SHELLY KRAICER will be on hand to answer questions about Cinema on the Edge and the state of contemporary Chinese independent filmmaking after the evening screening on Wednesday, March 30th.

JP SNIADECKI will be in Toronto on March 15 to introduce his masterful 2012 film, People’s Park as part of TIFF’s lineup of documentary films from CHINA NOW.

For more information on the featured filmmakers and organizers of Cinema on the Edge, please see the event webpage at http://www.typology.ca/exhibition/china-now.