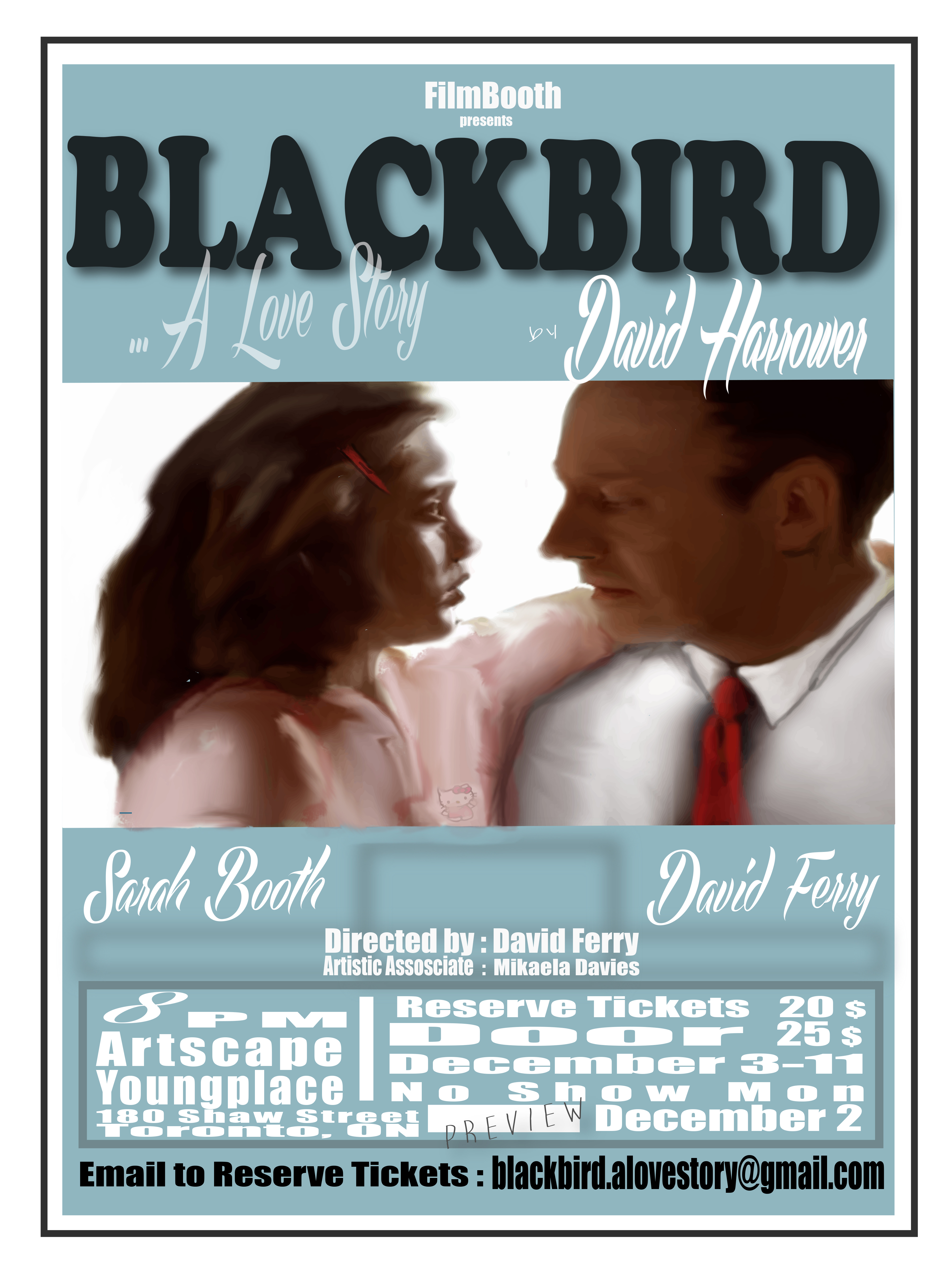 David Ferry (Dora Award Winner) and Sarah Booth are starring in a production of Blackbird. Ferry also serves as director for this dark piece described by author David Harrower as ‘a love story’.

Blackbird: This intense work was commissioned by the Edinburgh International Festival where it received its world premiere. Two people who once had a passionate affair meet again fifteen years later. Ray is confronted with his past when Una arrives unannounced at his office. Guilt, rage, and raw emotions run high as they recollect their relationship when she was twelve and he was forty. Without any moral judgments, the play never shies away from the brutal, shattering truth of the abandoned and unconventional love. Ray, fifty-six, after years in prison and subsequent hardships, has a new identity and has made a new life for himself, thinking that he could no longer be found. Una, twenty-seven, had thought of nothing else, and on finding a photo of him, sets out to find Ray. She is looking for answers not vengeance. Nevertheless, the consequences are shattering.